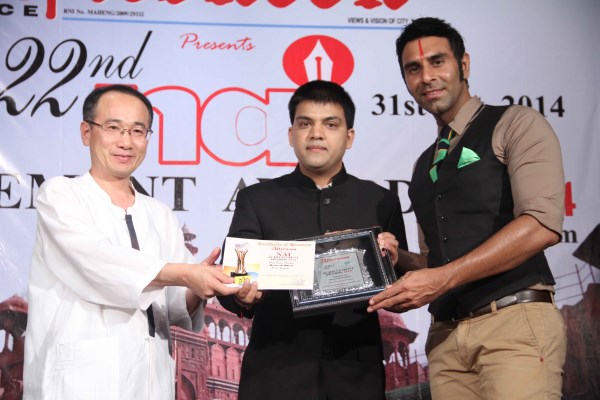 Ramesh Bhatt has an experience of 14-15 years in print & electronic Media. He is currently working as a Senior Special Correspondent with News Nation since February 2013. Ramesh has worked as an Anchor/Reporter with Lok Sabha TV and JAIN TV in the recent past. He has also worked as a Correspondent with Amar Ujala. He has covered 8 General Budgets since 2006 and Parliament for 7 years. He extensively covered 2004, 2009 and 2014 Lok Sabha elections apart from the state polls.
Ramesh has covered almost every state on their socio economic profile. He has also interviewed people from political, legal, social and economic background, including Chief Ministers of various states. Ramesh’s strength is his in-depth knowledge on a particular subject. He has done a number of live debates on social, economic, political and international issues. Some of his articles have been published in Hindustan, Nai Dunia, National Dunia and Dainik Jagran.
In this whole journey of 14-15 years Ramesh Bhatt has done many programs Nationally, Internationally, many types of projects and many more. He worked more for Uttrakhand and makes many documentaries to show the conditions of peoples living in Uttrakhand which includes Documentary on improving the conditions of Uttrakhand, Women’s Livelihood,3 Visits of Swami Vivekananda Ji to Uttrakhand,  Corporate Sector and many more related to many different issues. Elections of 2012 and 2017 in Uttrakhand are totally covered by Ramesh Bhatt. Ramesh has visited many countries in his line of Journalism like China, America, Europe, Japan, France and Germany to cover the different issues to showcase to the peoples living in the country.  More than thousands of live shows are done by Ramesh Bhatt which includes more than 10,000 shows for Uttrakhand.